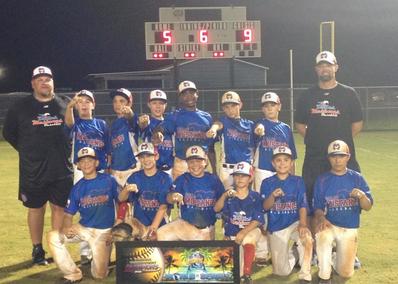 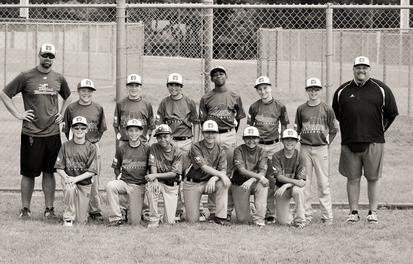 The NYBC 25 ranks the nation’s top 25 travel ball teams in the 11U-13U age divisions. Teams are evaluated based on overall record, record against ranked opponents, recent results, tournaments won, and strength of schedule. 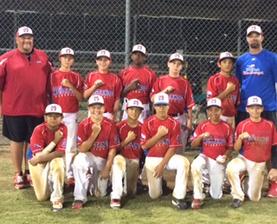 The 11u Dallas Mustangs Brandow team went 8-0 and won the 32 team Global World Series in Gulf Shores Alabama.  After a stellar pool play which saw the Mustangs go 4-0 outscoring opponents 44-10, they hit bracket play and bombed Bomb Squad Baseball 15-0 in the first round.  In the quarterfinals, after leading 9-0, the Mustangs survived a late scare from Team Elite out of Alabama for a 9-7 win.  In the semifinals, they whipped the Mustangs out of Nacogdoches 7-1 leading up to a great finale with the nationally ranked West Florida Hammerheads.  In a back and forth affair, the Dallas Mustangs came up with 4 runs in the top of the 6th inning to win the ‘ship 9-5.  The tourney finished off a great season for this squad that saw them win the Global World Series, take 2nd place in the USSSA State Championship and beat several nationally ranked teams at the Travelball National Championships in East Cobb, GA.