Derek Brandow is also the hired pitching instructor for the Coppell Cowboys 12U Red Team that is also coached by Aaron Jaramillo. The team has excelled and are now playing at the AAA/Majors level. The boys have come out swinging at the 12U level winning back to back tournaments! Way to go Boys!!!! The Team plans to play in numerous tournaments in 2020 and will also be heading to Cooperstown in 2020!! 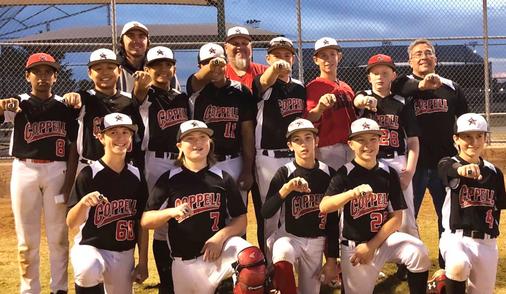 What an awesome weekend of baseball for the Cowboys 12U Black and 11U Red!!! Both teams played great baseball and met in the championship game. The start of the game showed that both teams still had a lot left in the tank and were ready for battle.

Tournament Champions-Cowboys Black with a 5-0 record 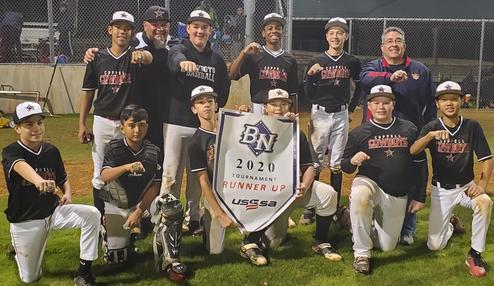 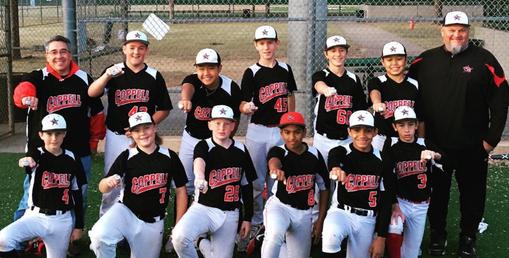 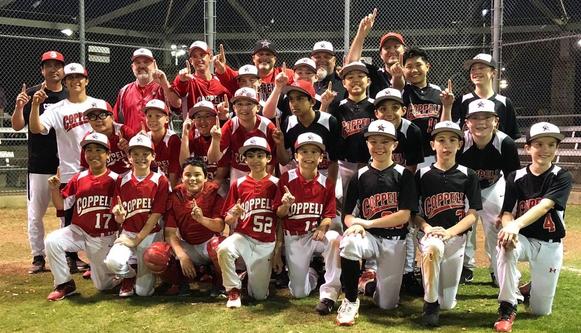 Derek Brandow is the hired instructor/coach for many of the Coppell Cowboys--CBA Select Teams, ranging from 9U to 14U. This year he will be going on the field with the 14U Cowboys Red--AAA/Majors. Since starting with Derek in 2016, Cowboys teams have excelled bringing home 8 championships, and many 2nd place finishes, including first place at the Texas State Championships--Open Event in 2018 and then they took the skills championship and placed 2nd in the huge SlumpBuster event in Omaha, Nebraska. 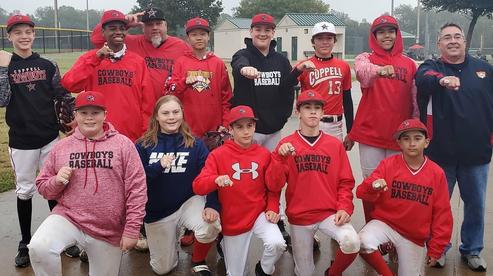 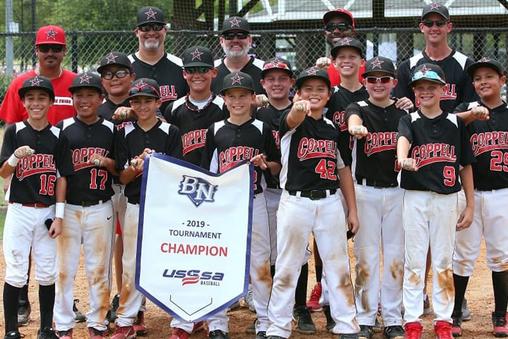 The Coppell Cowboys 13U excelled in 2019/2020!!! After a strong fall, the boys jumped out early with two championships and two second place finishes in four tournaments in the spring before the Covid stopped everyone. Once back in action the boys continued playing at a very high level and were promoted by USSSA to the AAA division. The remainder of the spring introduced the boys to top level talent and larger fields as we started playing on 60/90 fields against 14U teams, preparing our boys for the future.

All in all, the team won two tournaments and placed in five others! Awesome!!!!  ​

The 14U Coppell Cowboys Red is packed with talent and looking forward to a great 2021 spring season! The boys placed 2nd in back to back 14U AAA tournaments rounding out the 2020 fall season. Keep following us as we advance throughout the year!!

Last year at 13U, the Cowboys team played in 60 games in 2020 spring, earning two Championships and three 2nd place finishes in addition to being promoted to AAA and being ranked in the top 20 in the country for AAA. The team looks to continue their successful steps forward in the fall of 2020 and the spring of 2021. We will look to compete at the 14U AAA/Majors divisions and play some of the top teams in the country at some showcase events in June and July.

It is very exciting to watch all of the players grow on and off the field and I am very excited about the upcoming 2020/21 fall and spring seasons.​