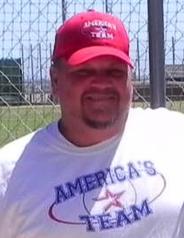 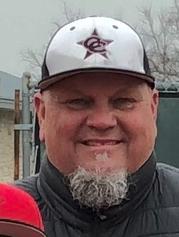 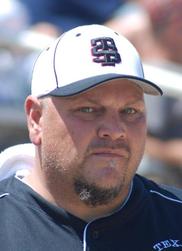 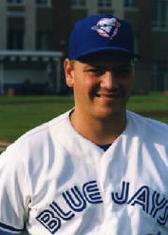 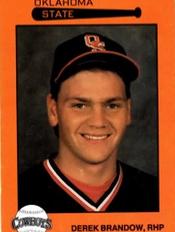 PERSONAL DATA: I was born in Strathroy, Ontario, Canada to Ray and Violet Brandow. I am the youngest of three children, Drew being my brother, and the oldest, and Darcie being my sister, in the middle.  I currently reside in Sachse, TX with my wife and two children.

EDUCATION: I attended primary and secondary schools in London, Ontario, Canada, followed by 3 years at Oklahoma State University where I studied business before being drafted by the Toronto Blue Jays at the end of my junior year.  After a 7 year professional baseball career, and 5 years as a collegiate coach, I completed a Bachelor of Science degree in Business Administration at the University of DeVry. I am also a certified Texas teacher until 2021.

Coaching Experience: I am a very experienced coach (over 25 years at the collegiate, high school, international, and youth 10-18 select levels) and teacher (10 years in the classroom) in that I have been working with clients, individually and in groups for much of my professional life. I am very excited to announce that l am once again able to provide full time private pitching and hitting lessons to athletes of all ages. I have stepped away from teaching for the moment and I am dedicated to providing top level instruction and coaching to players and coaches in the local areas. I previously was a science teacher in the Garland, Mesquite, and Wylie ISDs,  as well as a football coach at McDonald Middle School, and varsity baseball coach at North Mesquite HS and Wylie HS.  Before teaching I spent 3 years as the pitching coach at the University of Texas at Dallas.

SPECIAL HONORS: I was a member of the 1988 16-18 year-old Canadian National Youth Team that placed fifth at the World Championships in Australia.  I attended Oklahoma State University where in 1992 I was named to the All-Tournament Team, and set a Big Eight Tournament Single game record with 16 strikeouts.  After joining the Blue Jays in 1992, I returned to Sydney, Australia for a winter session in 1995. I broke the record for most strikeouts in a single season that year with 126.  That same year, I led Knoxville in strikeouts (106), and in 1996 ranked ninth in the International League in ERA, leading Syracuse in wins (8) and strikeouts (103).

DURING MY PLAYING CAREER:  I represented my country by playing for the Canadian National Junior and Senior teams.   This was followed by a stay at Oklahoma State University where I pitched in the College World Series in 1990, and lettered all three years before being drafted by the Toronto Blue Jays in 1992. I played for seven years with the Blue Jays organization, including winters in the Arizona Fall League, Australian Baseball League, and Venezuelan Baseball League. The experiences that I gathered throughout my playing career provide me with amazing memories and a diverse knowledge of the game. I was fortunate to be around many of the game’s great minds, and now I desire to help young athletes improve their skills in order to achieve opportunities similar to mine. 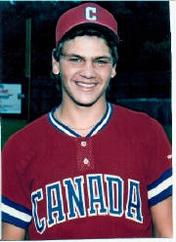